I am a traveler. I love adventure. I absolutely love the awkward, indescribable moments in foreign lands and different cultures. As a child I traveled a lot because my dad was a pilot. But since I was 14 and first experienced international missions, my heart was sold. I am not and never will be the same again.

My first missions trip was the trip that forever changed me. As a freshman in high school, I embarked on the journey to Tegucigalpa, Honduras, located in Central America, where I- along with 20 other teenagers- shared our testimonies to local teens in the public schools as well as helped with food distributions. Being in a different culture with a different language with people seemingly so different from me, yet so very similar, showed me that people do matter no matter what. During my high school years, I returned to various areas of Honduras two more times.

I wasn’t hooked at the idea of being some American girl going to the poor for the sake of attention or recognition. I was hooked to the idea of being humbled by others’ situations, poverty unlike anything I had ever seen or known, and desperation that I couldn’t even begin to understand. I felt as though I could just stay there, living in a shack for all I cared, if it meant helping one more person.

Since my summers traveling to Honduras, I have traveled to more than a dozen other countries, each unique from the rest.

In Germany, with a vocal group, we ministered to East Berlin in areas where people had a very cold perspective of the Church or Jesus. Song made it easier for the door to open with communication. While in college, I went to Spain twice using the same method of outreach. We sang songs in Spanish in universities, churches and plazas, inspiring hope in an area where suicide was and still is rampant.

But honestly, singing songs and going to schools wasn’t enough for me. Not to say it was bad, but after six great trips by the age of 20, I felt like I needed to do more than just sing or do funny skits in schools or churches. Something in me wanted to reach out to the ones that were forgotten. The ones empty, broken and lost. The ones that were desperate.

I went back to Honduras, but this time to a dump community. It was the dump on the hilltop- the smell of burning trash and feces, site dying animals, vultures and homes built out of trash- that changed me forevermore. I remember working at the placed called “Casa de Diamentes” (House of Diamonds) where we fed the families that lived at the dump. I remember when we gave our food and water at the dump, walking on trash, seeing people sniffing glue and gas just for the sake of the facade of a full stomach to over the hunger pangs.

But there I also remember the mob that threw rocks at our group, giving one woman a cracked skull. I remember seeing such brokenness that I wept right there, not out of fear, but out of such sorrow for the men who hurt us. But I remember the beauty of the families and children at the House of Diamonds, when they heard or saw what happened, the love that overflowed. I remember the little girls, Yudinexa and Dayerlin who I got to play with all week. I wanted to adopt both of them, and pretty much all the others, with everything in me, wishing to get them to a better situation. My heart was so soft for those precious girls. I still look at the pictures of them often.

From that trip on, I knew one thing for sure: God did not call me to safety or security. He called me to show the love of God to the world, regardless of who they are or what their situations look like. To love with an overwhelming, enduring love.

Since then, that is exactly as I have tried to do. I am compelled with this love. 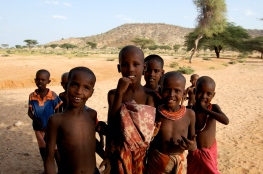 In Kenya at the orphanages, those precious boys and girls found Jesus. With the tribe in the Bush, we shared His love by sharing a goat and sleeping under the night sky. 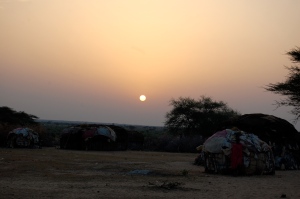 In Haiti, after sharing love with those who lost so greatly after the earthquake, hope remained. In Italy and Ukraine, it was through sports that we shared love to people who knew religion but never really knew God’s love. I also remember in Ukraine experiencing physical pain and sickness, to the point of losing 20 pounds over 8 days, having 104 degree temperature and having no hospital nearby. It showed me the suffering so many go through, and the loss many face simply by not having medical care or other resources.

More recently, in Canada, Atlantic City, and all over Philadelphia and South Jersey, I shared Jesus to those within the sex industry. In fact, I still regularly do so simply because of the same message I learned in Honduras over ten years ago. Jesus loves people.

Wherever they are at, whatever they have done, no matter the situation or circumstances they face… Jesus simply loves people first and foremost.

In missions, if we can walk with the truth that Jesus loves people, that people matter, the world can be changed, even if its one person at a time. We each have a chance to genuinely love people. That love may be presented with different methods, but with Christ at the core, so much change, hope, and restoration can happen. Don’t walk in fear but in faith. You are made for a purpose far greater than yourself. Find out what it is and do it with all that you are.